Tomorrow is the release of Apex Legends Season 7: Ascension, and things are only looking up for the popular battle royale. Respawn Entertainment is adding some terrific looking content to satisfy the player base. This includes the Olympus map, Trident vehicle, an all-new Battle Pass, Clubs, and more. However, there’s also the meta changes that always come with a new season. While not as flashy as the content additions, the gameplay alterations play a huge factor in the season’s perception. We already covered the main legend buffs earlier, so now we’re covering the big weapon pool changes.

As with every new installment of Apex Legends, Respawn is buffing, nerfing, and adding/taking away from the weapon pool. Some of your favorite weapons may have gotten a buff or a nerf or your go-to gun could’ve been stowed away in the care packages. If you wish to read about every single change, check out the official Season 7 patch notes. Although, we’ll be listing the highlights below.

The R-99 SMG is back in the standard weapon pool for Season 7. Image via EA

Moving on, Respawn also changed up the fully-kitted weapons. Here’s the full list for Season 7: 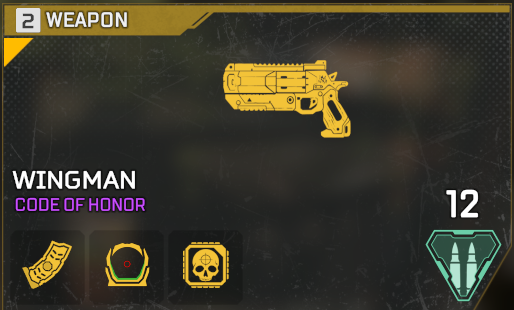 Lastly, there will be a new Hop-Up on the map. Named “Quickdraw,” this Hop-Up is used for the Wingman and RE-45 pistols. As its name suggests, this attachment reduces the gun’s draw-time and ADS speed. However, with its introduction, the Selectfire Receiver Hop-Up has been removed. Although, it wasn’t much use now anyways since the Prowler is a care package weapon.

That’s all of the big weapon pool changes for Apex Legends Season 7. Make sure to stay tuned to Daily Esports for all Apex Legends updates.