Call of Duty, traditionally, has been played on consoles. While the series started on PC, the mainstream titles have been played on consoles for the most part. Activision and Sony even have an exclusivity deal that ensures PlayStation is at the forefront of the franchise. However, in recent years, PC has stepped up and become much more popular among the community. The Call of Duty League is even going to be played on PC going forward. As such, more and more players are using their PC to play the games. If you’re in this crowd, you can keep reading to see what the system requirements are for Black Ops Cold War.

It certainly is a great time to be a member of the PC master race. With so much new hardware being announced right before the release of the next-gen consoles, owning a high-end PC is easier than ever. This is great for those who are making the switch from console for the upcoming COD title. 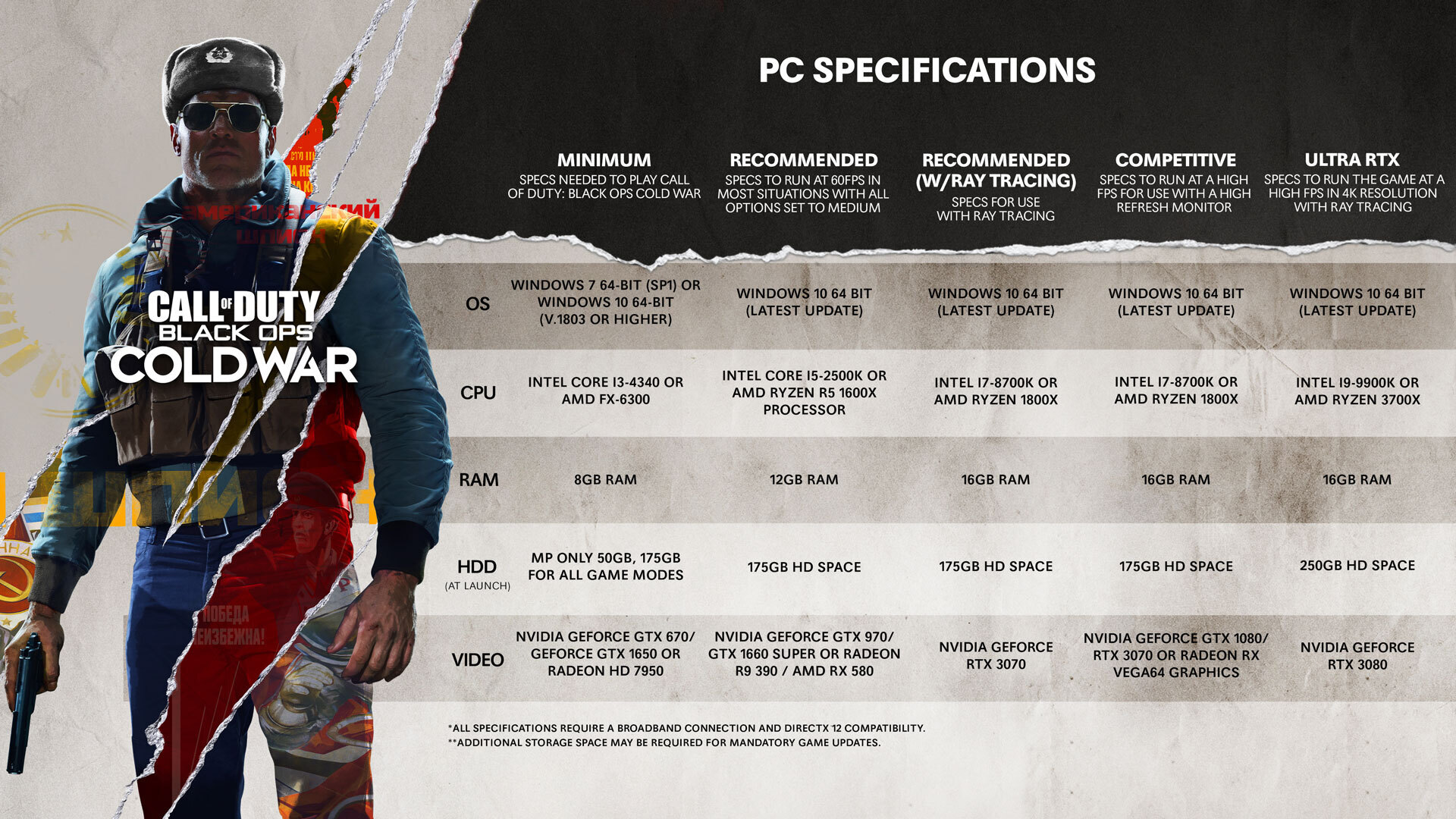 All in all, you’ll need a fairly beefy PC to run Black Ops Cold War with RTX enabled or on Ultra settings. However, for a basic playable experience above 60 FPS, you don’t need a super modern machine. Turning your settings to “High” with hardware that’s two to three years old should net you around 100-120 FPS, which is perfectly acceptable.