It’s been just over a week since Call of Duty: Black Ops Cold War released and fans are starting to get used to the game. However, there will be even more content to get acquainted with before too long. Activision is set to release Season 1 for the new title on December 10. This is preceded by the classic map Nuketown arriving on November 24. Season 1 is slated to bring a plethora of new content with it, including maps, weapons, game modes, and a fresh Battle Pass. While nothing is official regarding this content, data-miners have discovered what the new items could entail.

Many fans are expecting more than ever before when it comes to Season 1 of Black Ops Cold War. Since the game launched with so little content in the way of maps and weapons, players want the new season to introduce more than usual. 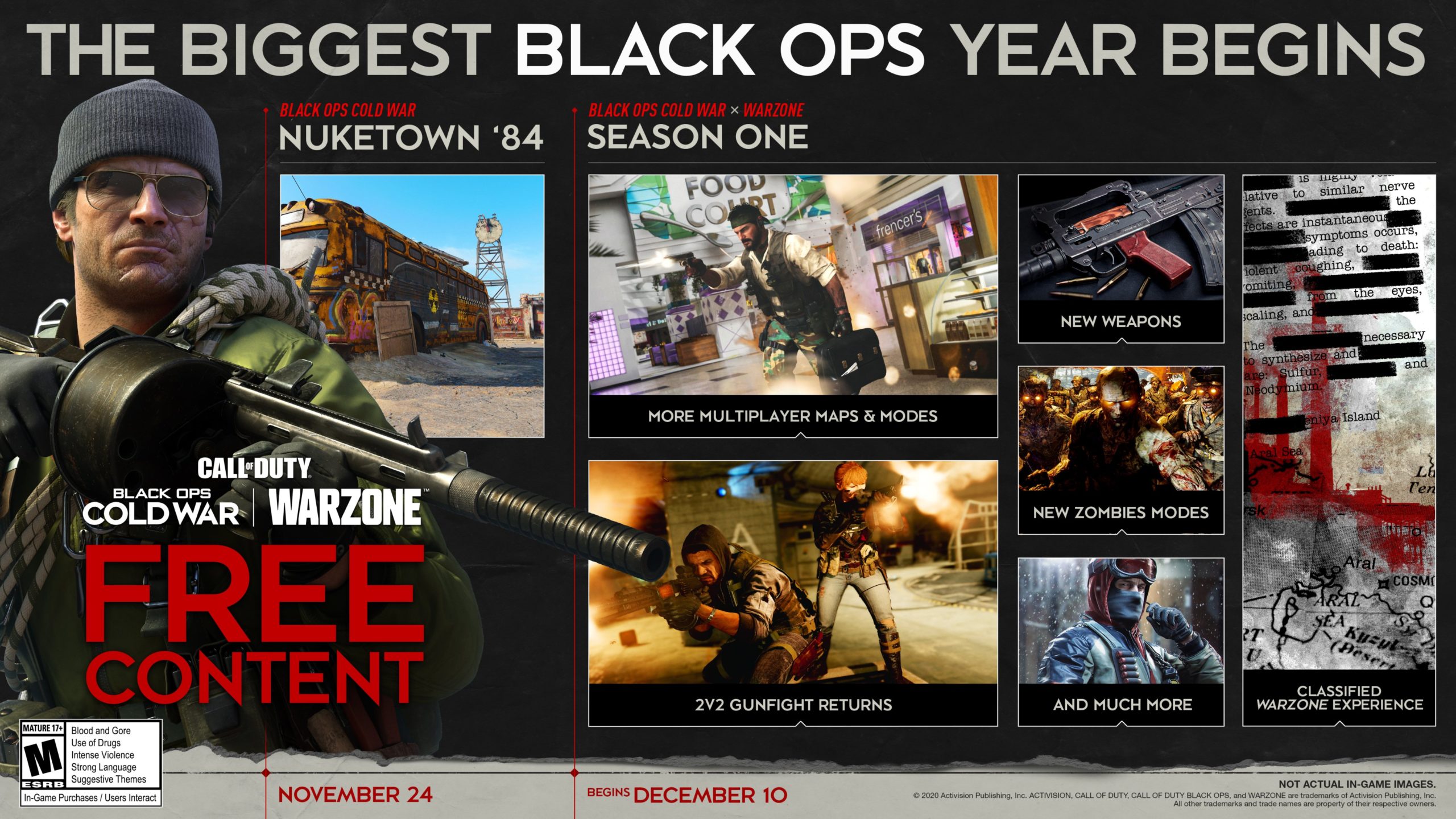 Of course, we already know some of the content that’s arriving thanks to the official roadmap. However, what’s not confirmed are the specific items coming with the new season. Fans are curious as to what and how many weapons and maps are being released with Season 1.

Well, while nothing is concrete, data-miners have dug into the game files and discovered some of the possible content.

Some of the above content is already confirmed, like Gunfight and the Striker. Although, most of it is new information that was recently found within the game files. It’s unlikely that we’ll see all of the leaked items on December 10, but we can assume that at least half will be present.

The biggest question mark with Season 1 is whether or not the leaked maps will be 6v6. Since Gunfight is being introduced, some maps will need to be allocated for that. Most fans are hoping that at least two 6v6 maps will move into the rotation and that one or two will be for Gunfight.