The Call of Duty League has revealed a new Super Week schedule for Weeks 2 and 3 of Stage 1 in the wake of inclement weather ravaging Texas and other parts of the U.S.

Activision decided to postpone the Week 2 matches set for this weekend in favor of seven straight days of matches. There are 24 players currently located in Dallas, Texas, and many are unable to play Call of Duty in their own homes. If the matches weren’t postponed, multiple teams would have to use substitutes.

The full schedule for the week can be found on the CDL’s website. The week begins on Monday, Feb. 22, and concludes on Sunday, Feb. 28. Each day of matches starts at 3 p.m. ET, and almost every day features three matches in total. 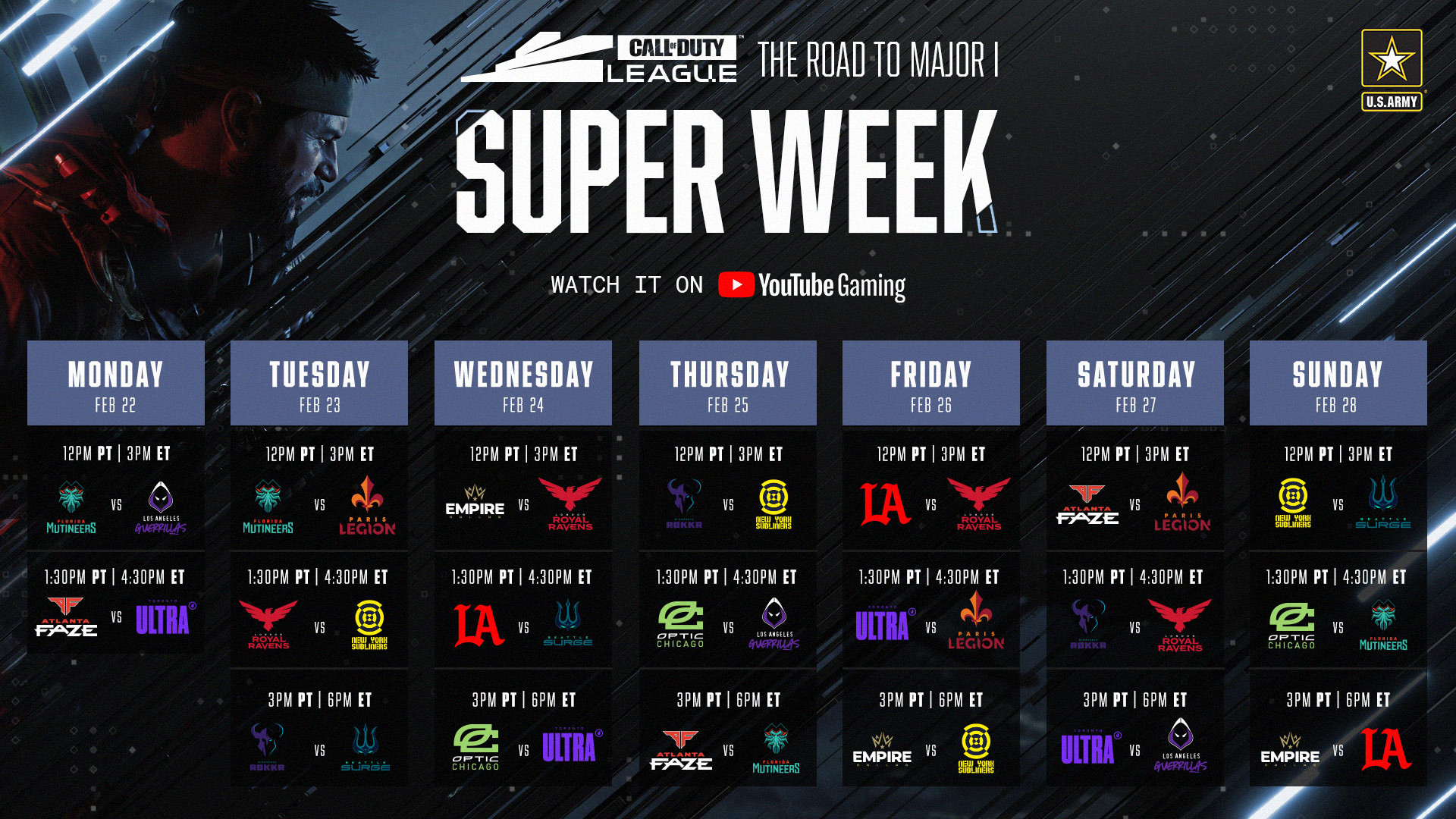 Schedule aside, some CDL professionals living in Dallas, Texas said they lost power during the last week. Players such as James “Clayster” Eubanks, Makenzie “Mack” Kelley and others have shared their rough experiences on social media.

I’ve lived in VA and WV most my life, dealt with hefty winter storms and prepared accordingly. The houses down here don’t have near as much insulation and the grid just isn’t prepared for the draw, nor do most people have the preparations for this. Hope everyone is staying safe

Mack in particular is struggling, as his apartment, shared with Atlanta FaZe Academy player Daunte “Sibilants” Gray, is leaking water.

Clayster and Mack are set to play in a marquee matchup during the Call of Duty League Super Week, with the Dallas Empire taking on the duo’s New York Subliners for the first time since pre-season. The Toronto Ultra must prove their 2-0 record isn’t a fluke in two tough matchups against the Atlanta FaZe and OpTic Chicago.