Fortnite Chapter 2 – Season 4 continues to introduce new features into the long-standing battle royale. Announced earlier today, Epic Games is planning a tournament circuit that incorporates the new Marvel theme introduced with Season 4. There will be four “Cups” total and each will celebrate a different Marvel character that hasn’t been seen before. Named the “Marvel Knockout Super Series,” players will compete for cash, bragging rights, and early access to certain skins. The popular Marvel Knockout game mode will be played to determine the winner of each cup. At the end of the series, a final will be held for $1,000,000 on November 21. First up on the circuit is the Daredevil Cup.

The Daredevil Cup is the first among the four cups that will take place before the $1 million final. Starting on October 14, the tournament will feature any player who is eligible to play. You can read if you’re eligible to play in the official rules handbook.

Prospective teams will play the Marvel Knockout LTM to see if they can finish as one of the top squads in their region. If they manage to do so, their team will unlock the Daredevil outfit before it hits the Item Shop. 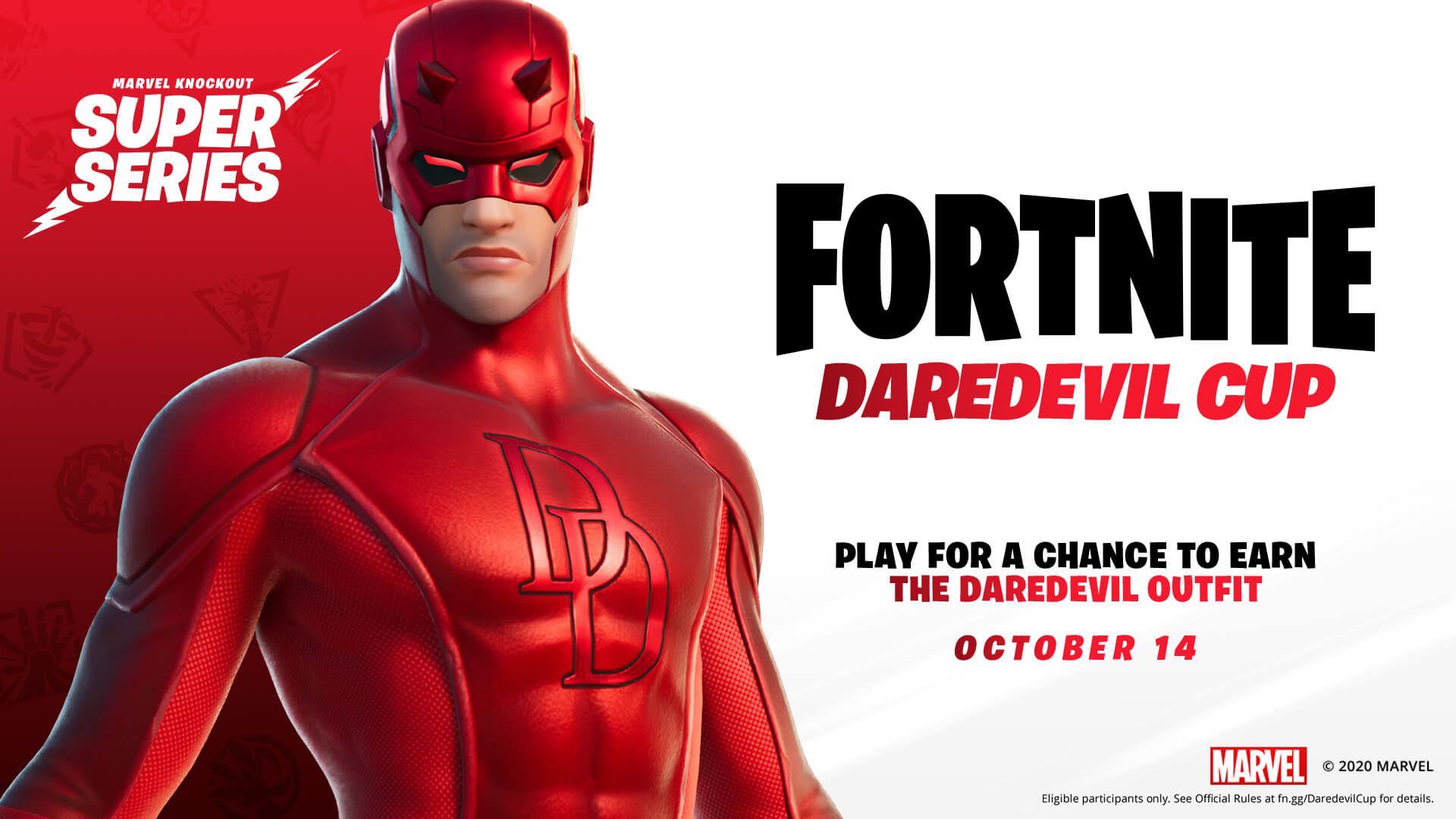 If you need a little reminder on how Marvel Knockout works in Fortnite, Epic Games has provided a refresher.

Marvel Knockout is a spin on Operation: Knockout that sees your team utilize super-powers to be the best team on the tournament bracket. Battle alongside your team against foes in a 4-round knockout fight! Each round your team will be given a different set of powers to battle opponents with mirrored abilities!

The remaining three cups will be announced over the next month or so. There’s no word on what Marvel character will be featured, but rumor has it both Black Panther and Venom could make an appearance.