Today Epic Games revealed that Fortnite is going back in time with the introduction of the Gangnam Style emote in the item shop.

There’s seemingly no end to the crossovers that Epic can cook up in Fortnite. From Marvel to Star Wars, some of the world’s biggest entertainment entities have collaborated with the king of battle royale titles.

But the latest crossover is something nobody foresaw and something that very few understand. Nonetheless, the famous Gangnam Style dance is now in Fortnite and available to purchase for 500 V-Bucks.

Add a little Gangnam Style to your life.

Dance on over to the Item Shop and grab the Emote now! pic.twitter.com/uao10oQmgF

If you look up “most popular YouTube videos of all time,” one of the first videos to pop up is Gangnam Style. A song and dance published to YouTube by OfficialPSY, the video has over three billion views and was the most-watched video on the platform for some time.

Instantly recognizable by most Internet users, the song and dance are somewhat polarizing. There’s a crowd that simply never enjoyed it or got sick of hearing it over and over again when it released in 2012. However, for most, Gangnam Style is an enjoyable tune that features a great dance.

The dance has been turned into an emote in Fortnite and fans were pretty shocked when it was announced. The Fortnite Korea Twitter account originally leaked the trailer for the emote yesterday before it went live and players immediately started excitedly commenting. 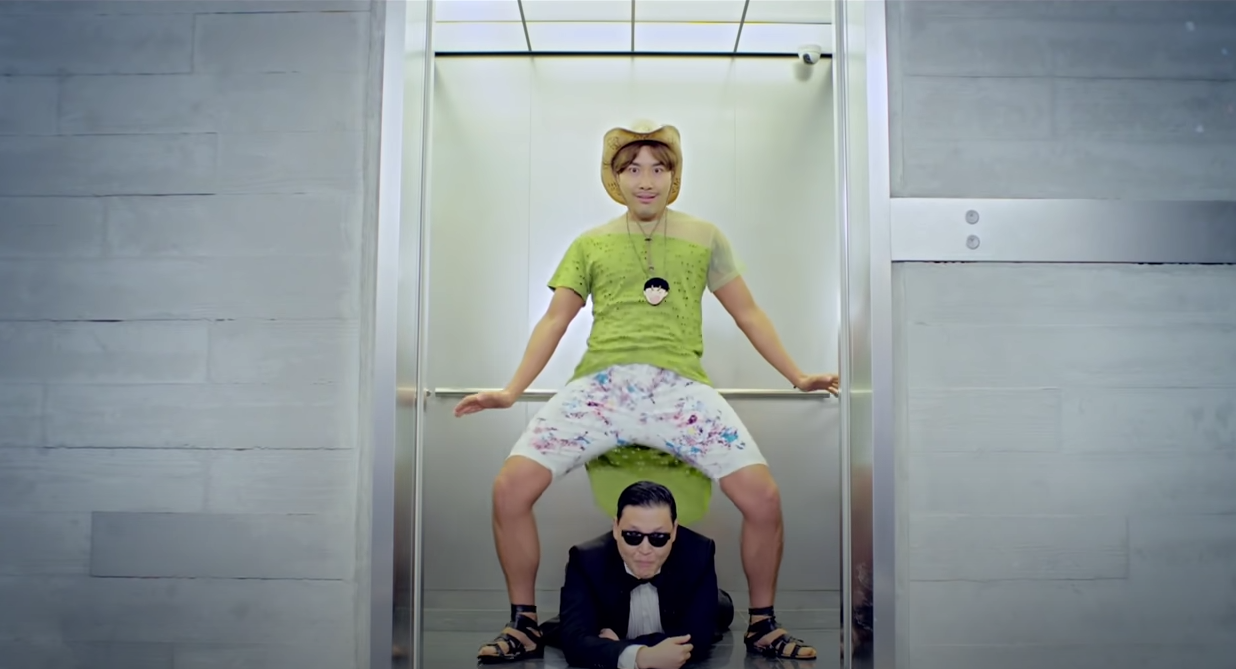 Gangnam Style is one of the most recognized videos in existence. Screengrab via OfficialPSY

While the dance is certainly an enjoyable one, some fans are confused as to why Epic Games is pulling from such old material. The original Gangnam Style video was uploaded nearly a decade ago and Fortnite has kept mostly current with its emotes and cosmetics. Although, few are complaining about having a new traversal emote in their repertoire.

The Gangnam Style emote is purchasable in the Item Shop for 500 V-Bucks. Epic Games hasn’t announced when the emote will leave the shop though, so buy it while you can.

Make sure to stay tuned to Daily Esports for all Fortnite news.