The talk around a monthly subscription service for Fortnite has been ongoing for years. Some players feel that a service of this nature could eliminate the need for a Battle Pass. Others believe that the two systems could work in concert for the truly dedicated fans of the game. Up to this point, Epic Games has remained quiet on the subject, not giving away much in its plans for a service like this. Naturally, that changed when a recent survey included questions about the topic and an image of the service itself.

A subscription for multiplayer titles isn’t unheard of in the industry. Although mainly implemented by MMORPGs like World of Warcraft or Runescape, other titles have used similar services. In short, the subscription is for players that are willing to pay for more content.

With Fortnite, there are obviously millions of dedicated fans who would pay to receive additional cosmetics and other content. If you fall into this crowd, then luck may be on your side. Recently, Fortnite dataminers uncovered the survey Epic Games sent out along with the promotional image depicting the subscription.

In a recent survey Epic Games has sent out, this image can be seen:

With the image users are being quizzed on how they would rate the monthly subscription service.

The survey itself is fairly basic and asks simple questions surrounding a possible monthly service. In terms of actual content, here’s what reportedly being offered with the service, according to the image:

The second and third items are what fans are really interested in, as this would be a once-a-month occurrence. The Battle Pass inclusion is nice, but one isn’t released too often.

In regards to a price for the service, the survey asked players if they would be willing to spend $15.99 or $18.99 per month. While not a ridiculous price, it’s fair to wonder how many fans would pull the trigger on at least $16 per month.

Finally, if this subscription does end up coming to fruition, it seems fans can expect it to drop fairly soon. The promotional image has a variant with the Ghost Rider skin, which was released in Season 4. So Epic Games might be planning to launch the service sometime before Chapter 2 – Season 5. 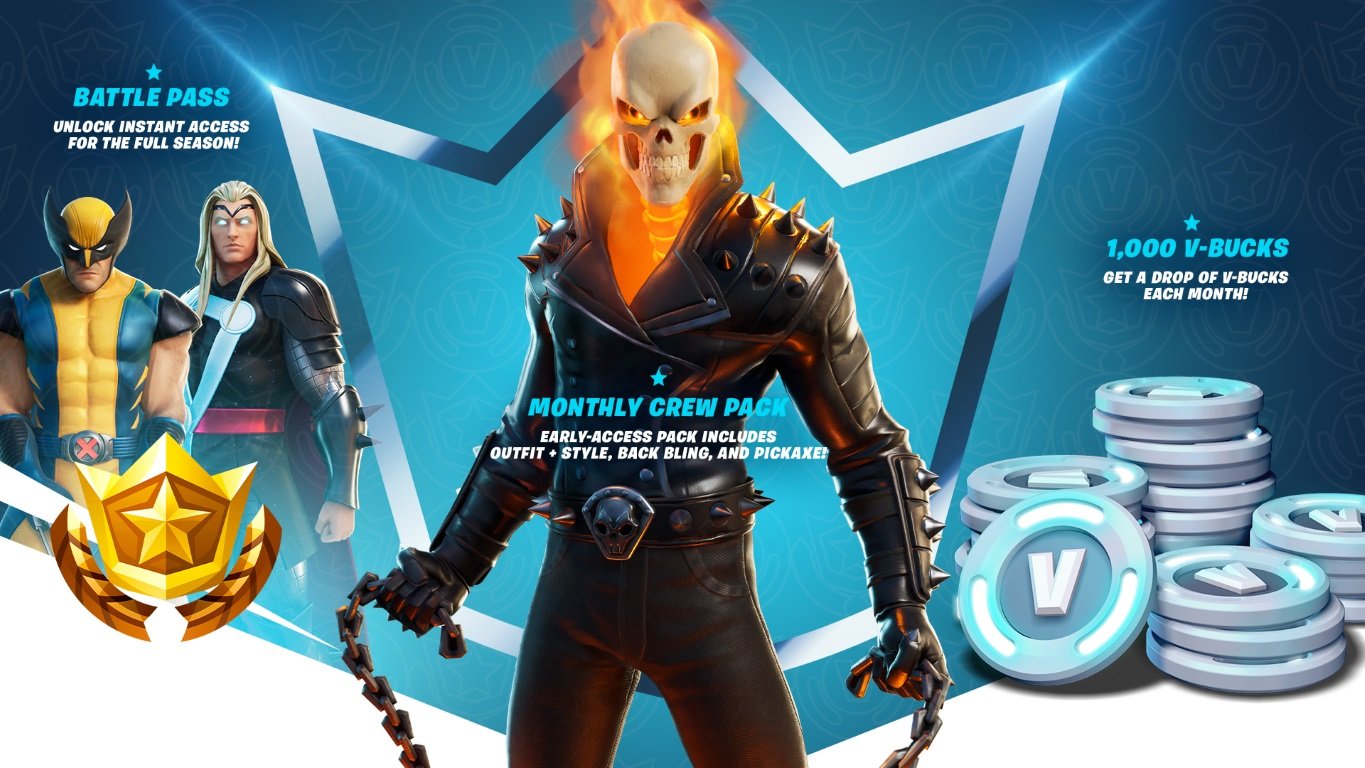