The amount of side quests in Cyberpunk 2077 is quite daunting to any player exploring the game for the first time. It seems like every street of Night City holds one to two more quests than you almost feel obligated to complete. The early game of Cyberpunk 2077 for most players is taking part in these quests to earn some extra eddies and Street Cred. One of the quests that many players take on is called “Happy Together.” The quest itself is simple, but one of the objectives — finding Andrew’s Niche — is not.

Completing “Happy Together” for Cyberpunk 2077

The premise of this particular side quest is pretty simple. The NCPD cops ask you to check on your neighbor, Barry, who is a retired cop. The police are worried about him since he’s recently suffered a couple of tragedies and isn’t in the best shape.

You as V knock on Barry’s door and have a brief conversation with him. During this conversation, you can be sympathetic to his cause since you also lost someone close to you recently (no spoilers). However, near the end of the conversation, you want to ensure that you ask Barry how his friend Andrew died. If you don’t ask this, you’ll get the bad ending to this quest. 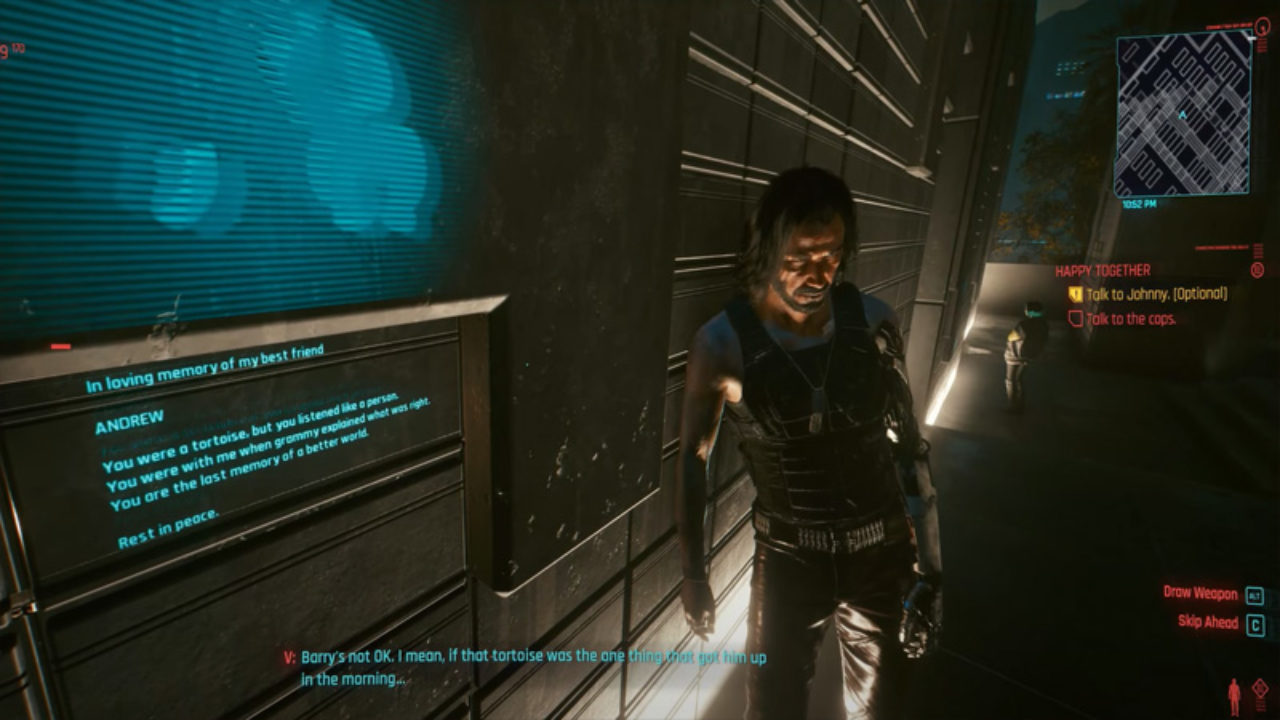 The site of Andrew’s Niche in Cyberpunk 2077. Image via CDPR

If you do ask the question though, you’ll be presented with an optional objective once you leave Barry’s apartment. Instead of talking to the cops, you can visit his friend Andrew’s Niche. This is located on your map, so simply follow the dotted line to the location. Once at the Columbarium, start reading plaques on the wall until you find Andrew’s.

We won’t give away how “Happy Together” ends, but if you follow the right steps, there is indeed a happy ending. Short and sweet, this is certainly one of the more memorable missions in Cyberpunk 2077.