With Call of Duty: Modern Warfare, Activision introduced Operators as unlockable content in the franchise. These characters look completely different from each other and are unlocked in different ways. Some, like Frank Woods, even have a backstory to go along with their unique quips while in-game. Black Ops Cold War, as we saw in the beta, is continuing this stream of content. In the current build of the game, there are 13 Operators available to use. However, not all are immediately unlocked once you load up multiplayer. Here’s how to unlock each unique Operator in Black Ops Cold War.

To view the various characters, all you need to do is click the “Operators” tab at the lobby menu. This will bring you to a new screen where you can look at each individual character and their appearance. You’ll see familiar faces, like Woods and Adler, along with some newbies.

Of course, the first thing you might notice is that all but four are locked. Hunter, Song, Vargas, and Powers are available to use by default, but the rest require a challenge completion to unlock. If you want to use a specific Operator within a certain faction, follow our guide to see how you can unlock each character. 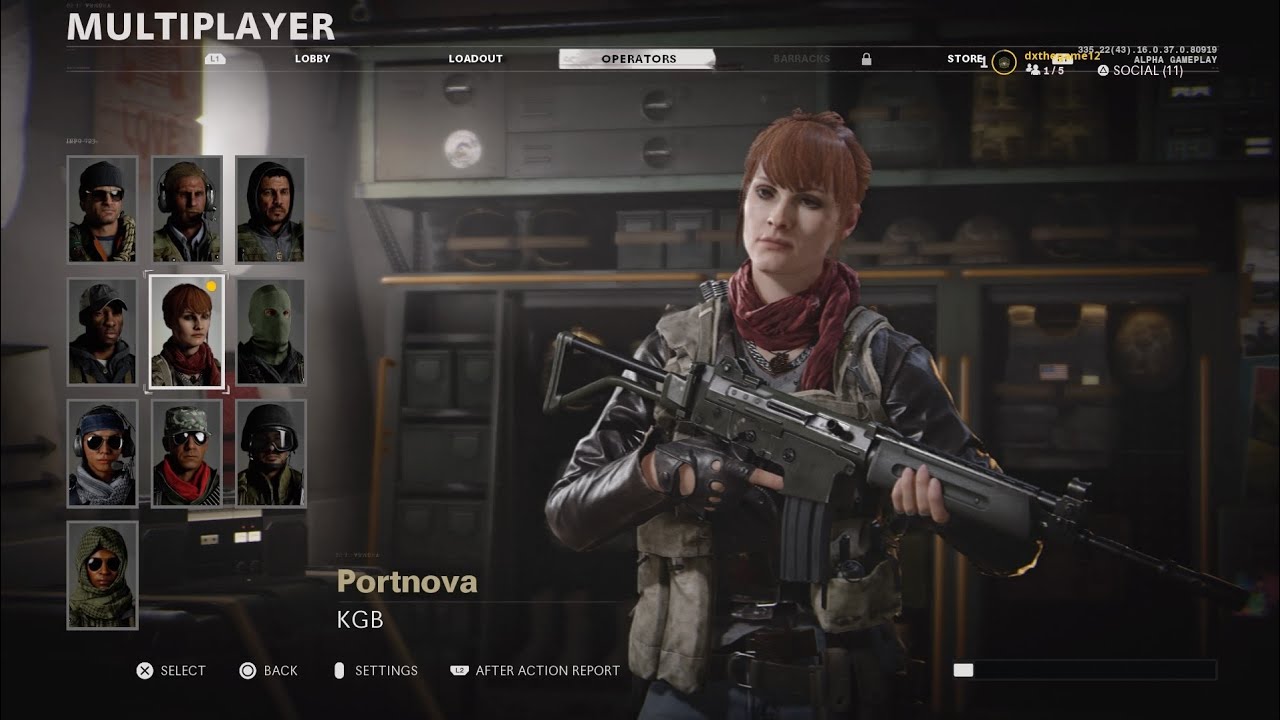 There are various challenges to complete in both multiplayer and Zombies. However, for most tasks, you should be able to complete them within a few hours of playtime. Fortunately, some of the challenges line up with weapon camo tasks in multiplayer. So you can kill two birds with one stone if you pay attention.

That’s all of the current Operators in the game. Make sure to stay tuned to Daily Esports for all Call of Duty news.