Respawn Entertainment is changing how Apex Legends works completely with the launch of Season 7. Set for November 4, the newest installment is introducing a new map, legend, and vehicle to the game. This is possibly the most content we’ve ever seen from the developers for a single season. However, rumor has it that the studio isn’t done innovating just yet. According to a new leak from an inside source, the battle royale could see Heirloom weapon skins introduced soon. The leak isn’t too specific but we can certainly guess what Respawn in store.

Heirloom items are the rarest cosmetics that Apex Legends has to offer. Only unlockable through Apex Crates and Heirloom Shards, the biggest appeal of the items are the melee weapons. Currently, only a handful of legends possess an Heirloom but Respawn has stated that every legend will eventually receive one. 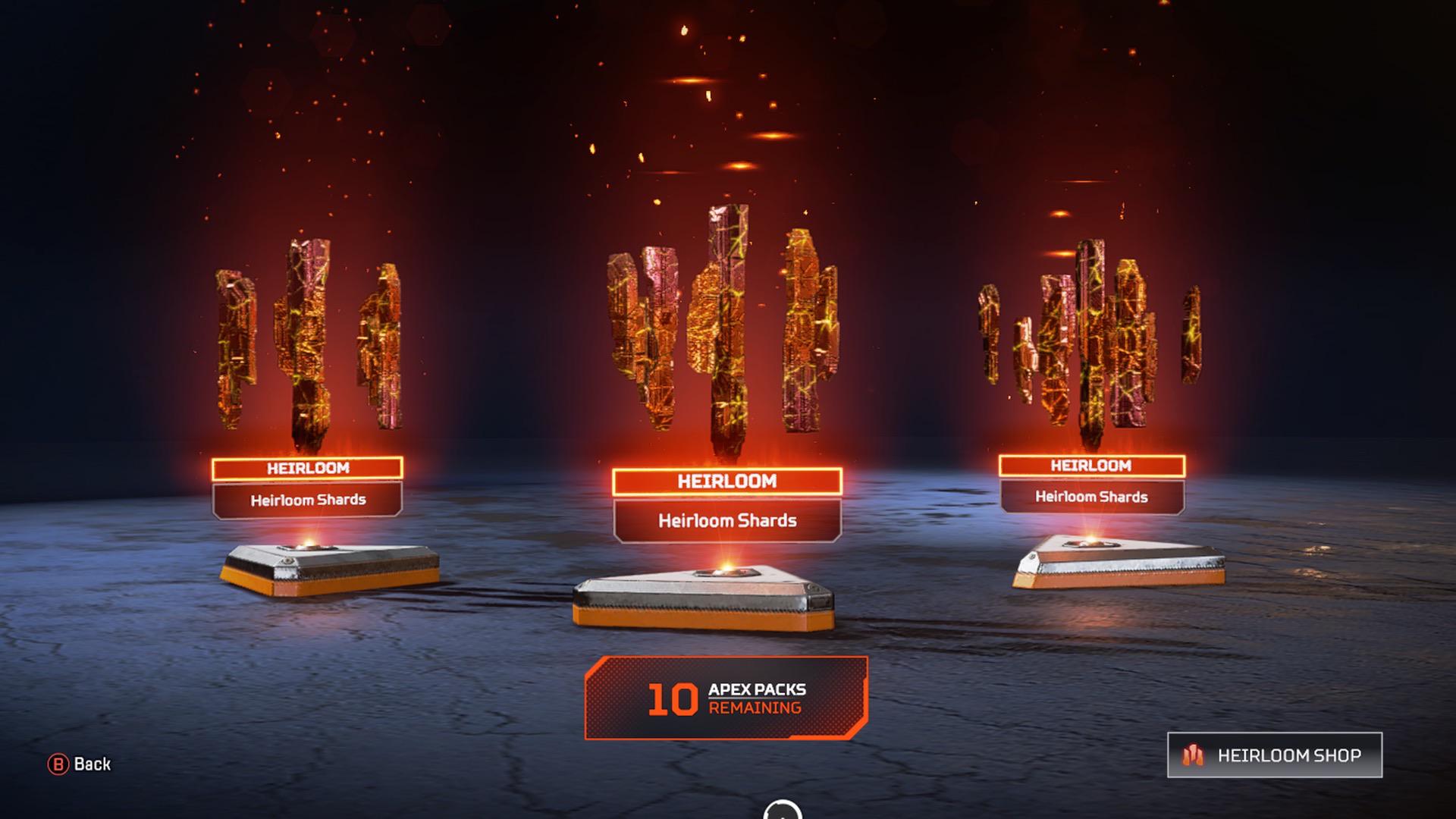 However, not much else has been done with the ultra-rare cosmetics. Since the launch of the game, you’re able to receive a set through Apex Crates and that’s it. Fans have been craving for some extra content in regards to the Heirlooms but up to this point, nothing has been added.

That could soon change, though, if a leak holds up. An insider on Twitter has revealed that the devs are working on Heirloom weapon skins.

Rumor has it that heirloom weapon skins are coming. When, I'm not sure. This comes from some investors in EA, so take it with a grain of salt.#ApexLegends

For those who are wondering, these aren’t skins for the actual Heirloom melee weapons themselves. Instead, they’re Heirloom-level rarity skins for various weapons in Apex Legends. So, for example, an Apex Crate could contain a super-rare, animated skin for the G7 Scout, or sniper rifle category as a whole, that couldn’t be unlocked through any other means.

Since this is the first we’re hearing about this development, it’s unlikely Season 7 will introduce the skins. However, perhaps Season 8 could be a realistic timeline if the leak is indeed true.

Make sure to stay tuned to Daily Esports for all updates.