It doesn’t look like League Play, one of Call of Duty: Black Ops Cold War’s most highly-anticipated features, will be released with this week’s content update.

An update is scheduled to bring a remake of an old map, Express, and a new Zombies mode to the Treyarch-developed shooter later this week. Some fans had hoped League Play would come alongside the other content, but an Activision blog post detailing the update makes no mention of it. Fans may have to wait another week or two.

Call of Duty fans have been waiting for a unique competitive mode with a standalone ranking system since Black Ops Cold War launched in 2020. If added, League play would give teams and individual players a way to practice competitively while improving their overall ranking. Treyarch confirmed that League play would come to the game with a tweet on January 14.

When is League Play releasing in Black Ops Cold War? 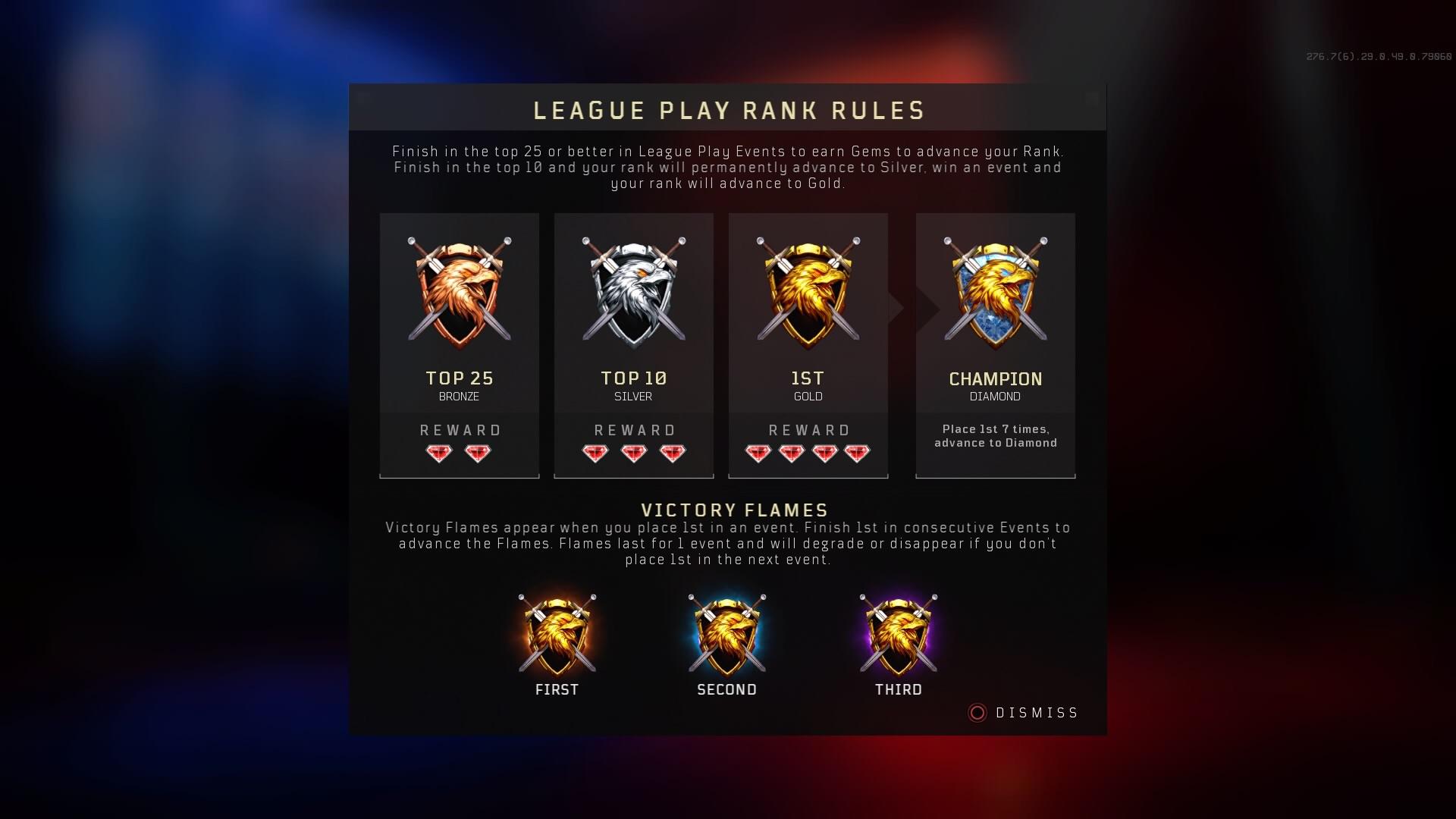 The League Play Ranks from Black Ops 4. Image via Activision

For fans of competitive play, League Play is the saving grace in most Call of Duty titles. Public matches can become tiresome with little reward while League Play lets players build on their own success. Fans will be able to rank up through competitive matches that use professional rulesets and feel accomplished after a hard fought victory.

Ultimately, this means League Play is still a week or two away. Season Two begins on Feb. 24, which gives the developers less than three weeks to add the feature. They could release League Play on February 11 to coincide with the start of the Call of Duty League’s first event. The timing and logic make sense, but there’s still no confirmation on when the mode will arrive.

We’ll update you once we learn more. Make sure to stay tuned to Daily Esports for all Call of Duty news.