The celebration for Super Bowl LV is on in Rocket League as developer Pysonix revealed a new mode, Gridiron, earlier today.

In the United States, the NFL’s Super Bowl is one of the most-watched television events of the year. Hundreds of millions of people watch the big game and many consider it to be a non-traditional holiday.

To celebrate the big event, Psyonix and the NFL are teaming up once again in Rocket League. Starting on Feb. 2, a new mode, Gridiron, will be playable along with fresh events and the return of the NFL Fan Packs.

This isn’t the first time the NFL and Psyonix have collaborated together in Rocket League. Back in December of 2020, NFL-themed packs were introduced so fans could represent their favorite teams in-game.

The @NFL Super Bowl LV Celebration is coming to Rocket League! Join us Feb 2-8 as we unveil our brand new game mode, Gridiron, Event Challenges, and the return of the NFL Fan Pack. #RLGridiron

The partnership appears to have gone well, as both parties have teamed up once again. However, this time it’s a much bigger ordeal. Beginning on Feb. 2 and ending on Feb. 8, players can participate in the new Gridiron mode and complete event challenges. The previously mentioned NFL packs will also be available in the Store again.

Gridiron is a 4v4 mode that tries to replicate American football as closely as possible. The traditional Rocket League ball has been replaced with a football and Spike Rush rules apply. However, Psyonix changed up some aspects, which you can see below. 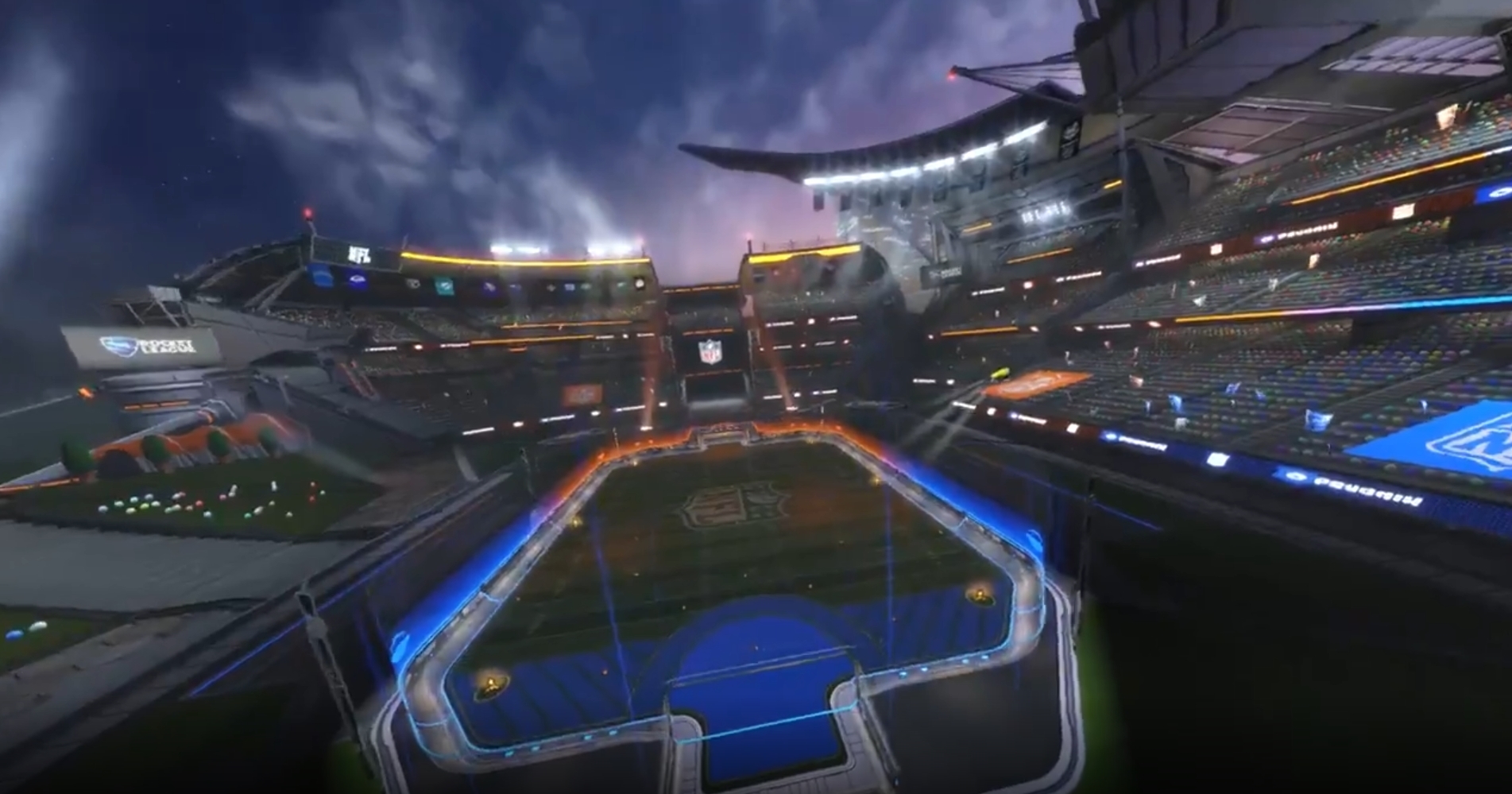 Champions Field will look a little different for Gridiron. Screengrab via Psyonix

Super Bowl LV takes place on Feb. 7 between the Kansas City Chiefs and Tampa Bay Buccaneers. If you’re a fan of both the NFL and Rocket League, this is the perfect time to show off your fandom in-game.

Make sure to stay tuned to Daily Esports for all Rocket League news.