Ripperdocs are one of the unique aspects of Cyberpunk 2077 that allow you to further customize your character. The doctors allow you to purchase a wide variety of Cyberware upgrades that boost certain areas of V’s body. Each limb and body part can be customized with different upgrades, all offering various boosts to certain attributes and skills. However, the list of upgrades is quite daunting, as there are several choices to pick from in each category. As such, many players wonder what they should be spending their hard-earned eddies on when they visit a Ripperdoc in Cyberpunk 2077.

It should be noted that there are some useful Cyberware upgrades available for free early on in the game. One such instance comes from Cassius Ryder, who offers a free Hand implant once you complete the mission “The Gig.” However, there are certainly better implants in the game, but they cost a fair amount of eddies, Street Cred, or Attribute levels.

If you have the cash or levels though, we recommend buying the following Cyberware implants.

Easily one of the more unique upgrades lies in the Legs category. Reinforced Tendons allows you to double jump, making Cyberpunk 2077 feel more open and fast-paced. It costs 45,000 eddies, which is a good amount but not nearly as costly as some of the others in the game. You can buy it from any Ripperdoc on the map.

While Second Heart is arguably the best Cyberware implant in Cyberpunk 2077, you won’t have access to it for some time. Requiring 16 points in the Body Attribute, Second Heart essentially gives you a second life upon dying. All of your health will be restored and you can get right back in the action. It costs 42,000 eddies and is found in the Circulatory category. 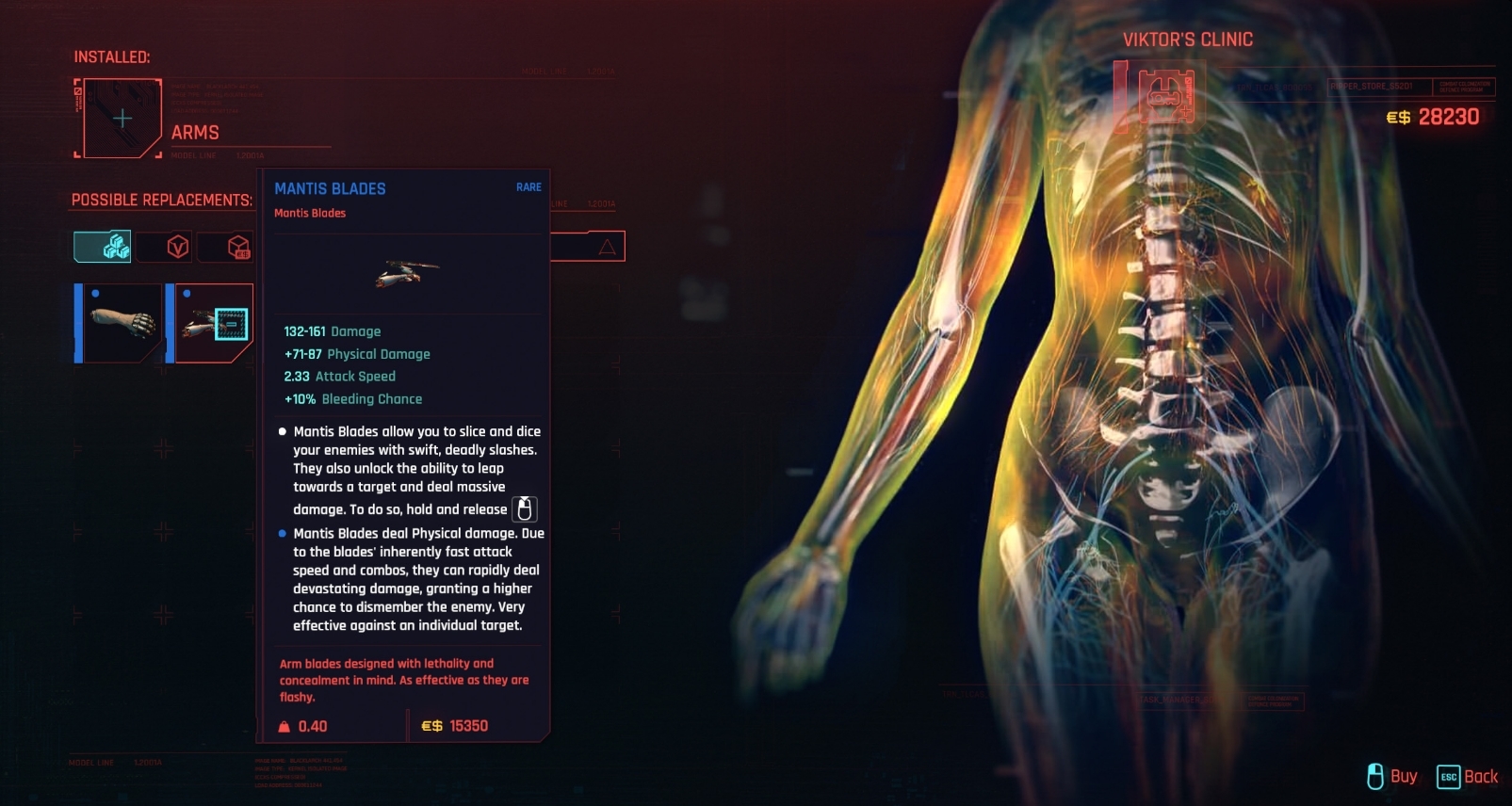 One of the more popular Cyberware implants, these pair of blades are for niche builds in Cyberpunk 2077. Allowing you to have two blades extend out of your arms, the Mantis Blades are really for those who are focusing on a melee build. However, they’re still a blast to use and only cost 15,000 eddies.

Last on the list of best Ripperdoc upgrades is Kerenzikov, which will be very familiar to those who have played the Fallout series. This Nervous system implant slows down time whenever you’re shooting, aiming, or blocking while sliding. You can change how long the slowed-down time lasts depending on the rarity of the upgrade. Similar to the V.A.T.S. system in Fallout, Kerenzikov makes Cyberpunk 2077 much more precise.

Those are the best Ripperdoc upgrades. Make sure to stay tuned to Daily Esports for more Cyberpunk 2077 guides and news.