Two new exotic weapons are making their way to Fortnite with tomorrow’s update. The Burst Quad Launcher and Chug Cannon were leaked and then officially confirmed on the battle royale’s in-game news channel.

The Chug Cannon will let players fire chug splashes at each other, restoring a little bit of either health or shield. It’s very similar to the Bandage Bazooka. The Burst Quad Launcher is an upgraded versions of a previous weapon. It’ll let players fire multiple rockets at the same time.

Fortnite’s latest season hasn’t had a ton of new content. Epic Games decided to fall back on some familiar locations after going all out with new Marvel-themed locations during a jam packed Season 4. We’ve see other exotic weapons, including the sniper rifle and jetpack you can get by eliminating the Mandalorian, get added alongside the new NPCs characters players can interact with. We don’t know where these two new guns will spawn just yet. 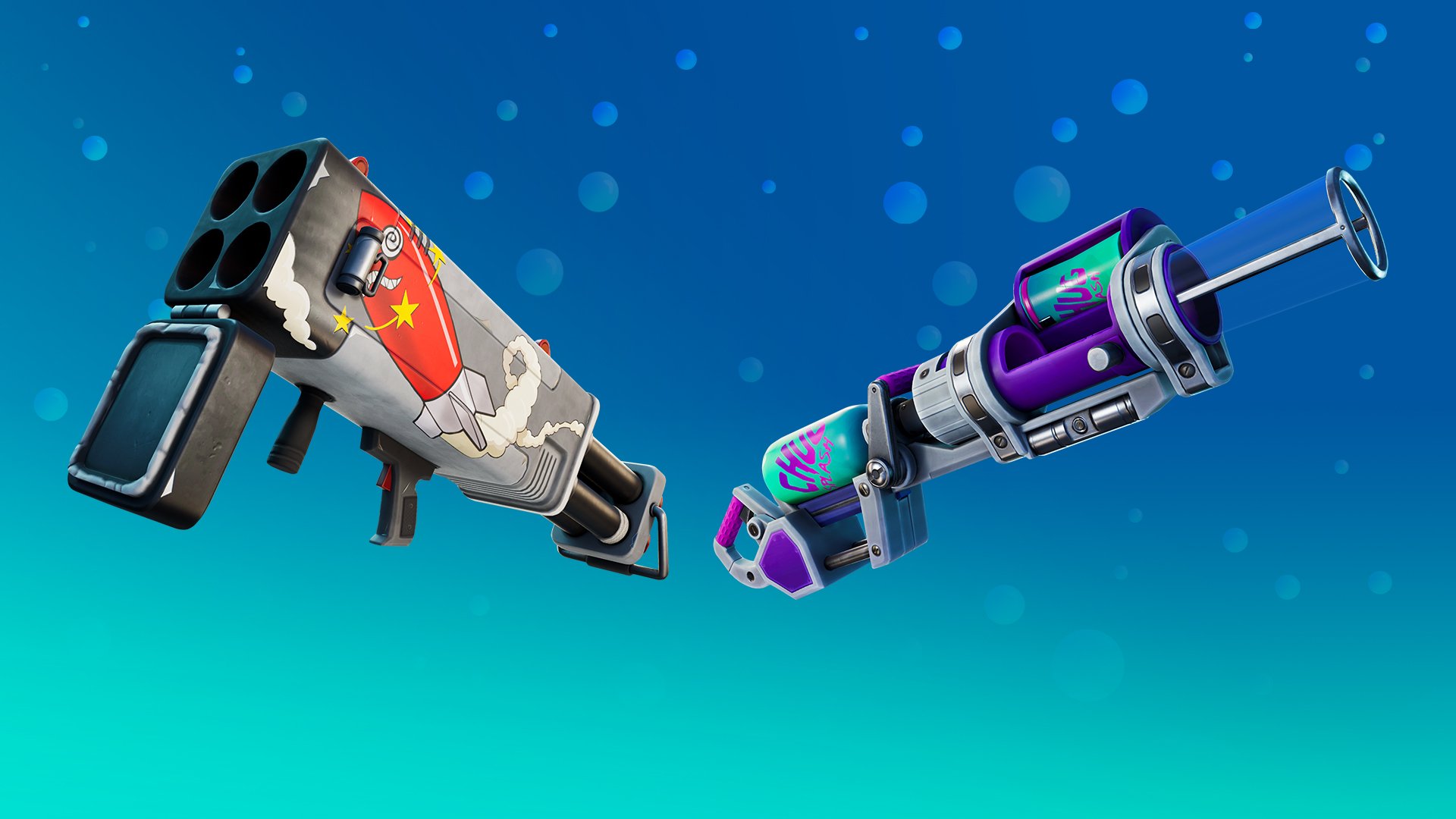 Season 5 is scheduled to run through mid-March, so we should see a number of new additions like these guns over the next month and a half. It’s the second season to be extended due how heavily the pandemic has effected development timelines at Epic Games. The next Fortnite update is slated to arrive during the early morning of February 2. Make sure to stay tuned to Daily Esports for all Fortnite news.